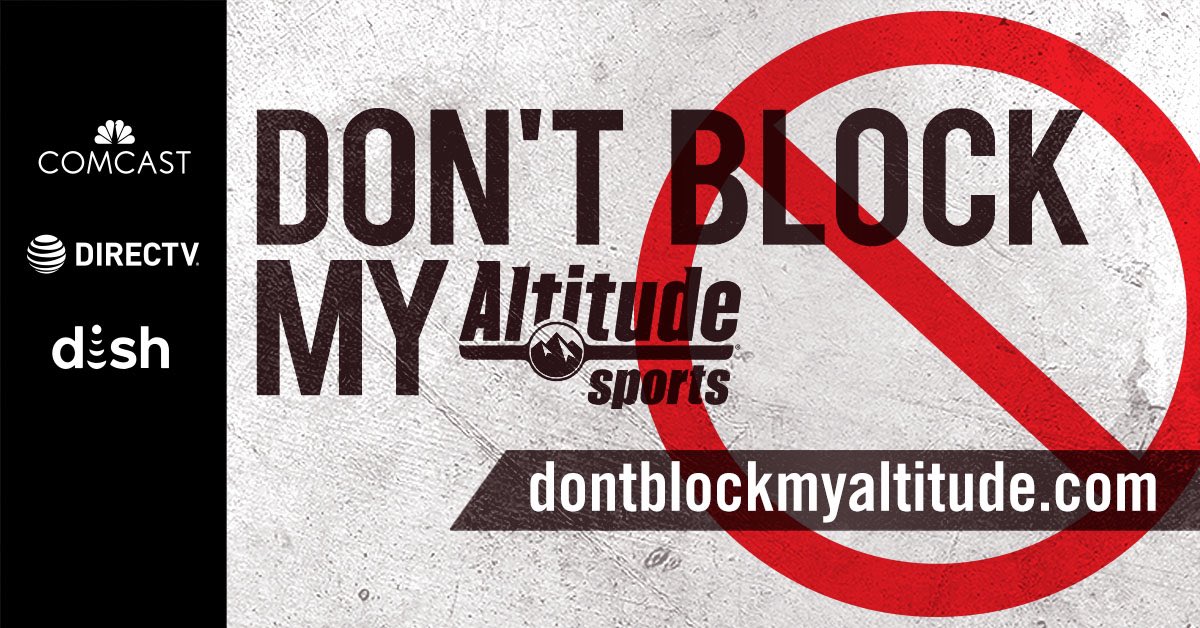 With COVID-19 changing life in the United States as we know it, there may soon be no major sporting events being played until summer.

While this is great for everyone hoping to prevent the spread of this coronavirus, or at least flatten the transmission curve to the point where our national healthcare infrastructure will be able to handle the load, it means tough times for the leagues and teams suspending play.

While buildings are dark, it doesn’t mean hard work needs to stop. In fact, it’s the perfect time for Kroenke Sports and Entertainment to fix a problem that has plagued its teams all season long.

It’s time for the Altitude Sports television distribution stalemate to come to a close.

With the Colorado Avalanche and Denver Nuggets once surging through the end of the regular season and eyeing prolonged success in the playoffs, losing fans in person now to go along with those lost through broadcast avenues could be catastrophic to the company—which is now without income for the time being.

Putting aside all the arena employees who won’t be able to work concessions and apparel sales, let alone ticket sales, KSE could face tough decisions with staffing while there’s an empty building. The organization may lose sponsorships from local businesses that are already upset that the television dispute disrupted sold assets, which KSE tends to package in a bundle that includes in-house and on-broadcast components. These sponsors will now also need to pinch every penny as money slows to a trickle during this national crisis.

Nobody can see ads if they’re not in the building, but they won’t see them on a television (or online) channel that they can’t receive either.

If the organization hasn’t already started reaching back out to Comcast and Dish Network and whatever other options for providing traditional or new-age means for distributing the KSE product, now would be a good time to start. Hell, strike a deal with Twitch or Amazon, like yesterday.

Do whatever it takes to get your product in front of those people thirsting for it the most: the loyal and most diehard of your fandom. They will be itching to consume every digital and physical drop, now and when play resumes someday.

The cost of not bringing that product straight to the fans could be unfathomable, because once people start to realize what they can do without spending all that time supporting their team, they may be harder to win back.

After all, if a team falls at Pepsi Center and nobody can see it, did it even really happen?

A Colorado native, Ryan broke into hockey media via blogging, paying his dues with sites like The Burgundy Blog, The Avalanche Guild, and Hockey on the Rocks before joining Mile High Sports. This ultimately led to him covering the Avalanche as a pioneering in-house correspondent for the team website. A member of the PHWA, his freelance work has recently been used by The Denver Post and The Athletic.