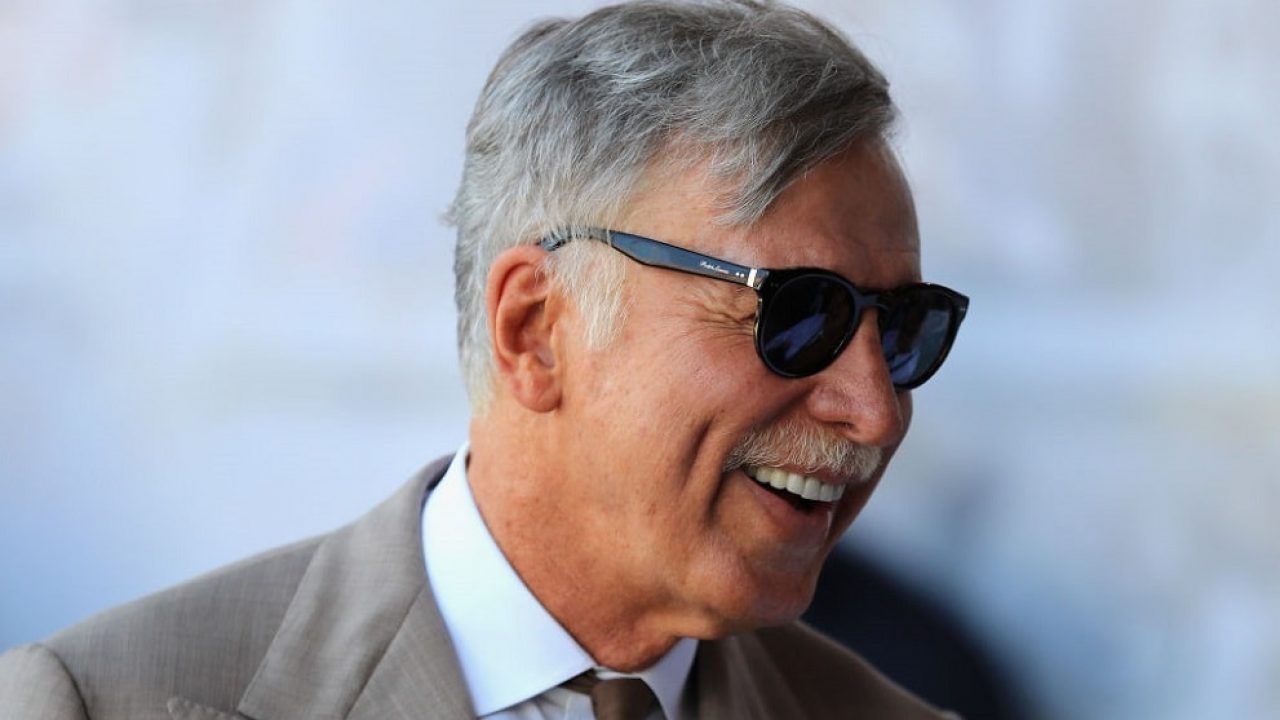 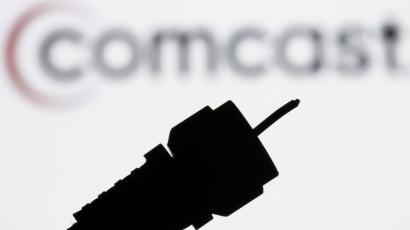 On Monday, after sitting on the fence for a year and a half, I finally jumped off. I stopped into the Comcast Xfinity retail store on South Colorado Boulevard and unceremoniously deposited my two beloved voice-operated Xfinity remotes along with old cable boxes, power cords and HDMI cables into a grey plastic storage bin brimming with the electronic flotsam of the cord-cutters that preceded me. It wasn’t any easy decision but, after 23 years as a Comcast subscriber, I finally ditched cable and reduced my plan to internet-only.

I almost disconnected in October of 2019, a couple months after the carrier dropped Altitude Sports and Entertainment, the regional sports network that carries the Avalanche and Nuggets. Live sports was, after all, the primary reason I required pay TV. On top of that my bill kept going up – and Comcast audaciously kept charging an $8 “regional sports fee” – then only for AT&T Sports Net – the TV home of the Colorado Rockies who weren’t even in season at the time. So I picked up the phone and threatened to disconnect. The customer service rep I contacted did his job effectively. He offered to cut my price and increase my internet speed. Just like that my bundle (which included home phone at the time) plummeted from around $225 to under $180 so I stayed.

The truth is that I didn’t really want to leave. Like many people in the greater Denver area I was a loyal Comcast user. The cable carrier dominates here, boasting a 57% share of the pay TV market. Folks love to gripe about their customer service but my own experience has always been positive and I appreciate the robust nature of a hard-wired cable connection. The alternative was to install a satellite dish on top of my home and switch to DirecTV which still offered Altitude but that I feared could be vulnerable to the whims of Colorado weather.

As a consequence of failing to vacate my relationship with cable I missed the latter portion of the Nuggets and Avalanche 2019 seasons as well as the entirety Covid-altered 2020 ones. Aside from a handful of nationally-televised events and two or three games shown by Altitude on Channel 9’s alternative “My 20” over-the-air station I was regulated to using my Twitter contacts to track down illegal streams on the internet. But I still had cable – and I liked it.

I was also resistant to leaving Comcast for the specific reason that Altitude kept begging me to. For a media company piloted by the Kroenke family, heirs to the Walton fortune and one of the wealthiest families in the entire world the little regional sports network has embraced the victim role rather pathetically since the outset of their clash with the TV titans. Altitude’s assertion has been that Comcast and Dish Network are mutually bullying them with the end goal of putting the network out of business and they have filed an anti-trust lawsuit while appealing to the fan bases of the Nuggets and Avalanche to align with them in their fight.

Denver sports fans generally feel positively toward Altitude and are generally quite fond of the network’s impressive assemblage of on-air personalities. But fans don’t want to be pawns and they have grown understandably exhausted by the persistent squabbling of billionaires that has unfairly left them with too-few viewing options for their favorite sports teams.

If Comcast is the big bad wolf why then aren’t the Avalanche and Nuggets available to be seen on Dish either – or on Hulu, Amazon Prime, Fubo TV, YouTube TV or any of the other myriad streaming services on the market? Better yet, why isn’t Altitude available as a stand-alone streaming service? If Kroenke Sports is so convinced of the popularity of their broadcasts that they are willing to go to war why wouldn’t they offer fans the option to shell out a few bucks a month to subscribe to Altitude ala carte? Is it because they fear there wouldn’t be enough interest? And – if that’s the case – isn’t that Comcast’s argument for not offering them more money in the first place?

Last fall I began to hear ads on the radio stating that AT&T TV Now, the newly rebranded streaming service previously known as DirecTV Now, had become the exclusive partner of Altitude Sports and Entertainment. I Googled it, did a little bit of research and looked into pricing and availability but I learned that the service did not include Denver local NBC affiliate, KUSA, which my wife watched frequently. The omission would render my household Kyle Clark-less and was therefore not an option at the time. 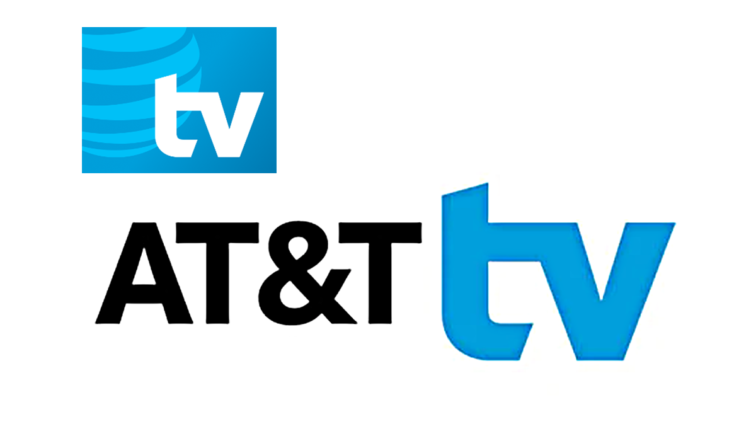 I stuck to my guns and I remained a Comcast subscriber for a little while longer but then, in October, my price spiked again. The sweet deal I had arranged on the phone with my friendly customer service representative a year before had expired and by this point AT&T TV Now included KUSA. So, after a few months of my wife’s protest over our bloated Comcast bill I bit the bullet and signed up for a free 30-day trial.

The Nuggets were playing Brooklyn that night so I rushed home from work, downloaded the AT&T TV Now application to my smart TV, found Altitude and, for the first time since August 2019, watched the local broadcast of the game in my very own man cave.

I still wasn’t entirely prepared to dump cable. My favorite sports channel, NFL Red Zone, is not included with AT&T TV Now. So I waited. Last Sunday was the final day of NFL Red Zone coverage for the 2020 / 2021 NFL season. After the smoke cleared from the most touchdown-adorned Sunday in Red Zone’s 12 year history I was finally emotionally prepared for Monday’s visit to the XFinity store.

So now I have Altitude again. I can also watch all three local network affiliates as well as all of the usual basic cable networks and, with the package I signed for, HBO Max. My Comcast bill had gone back up to roughly $225 for cable and internet. I was also paying for Netflix and Disney Plus for a total of right about $250. Having switched my package now looks like this: 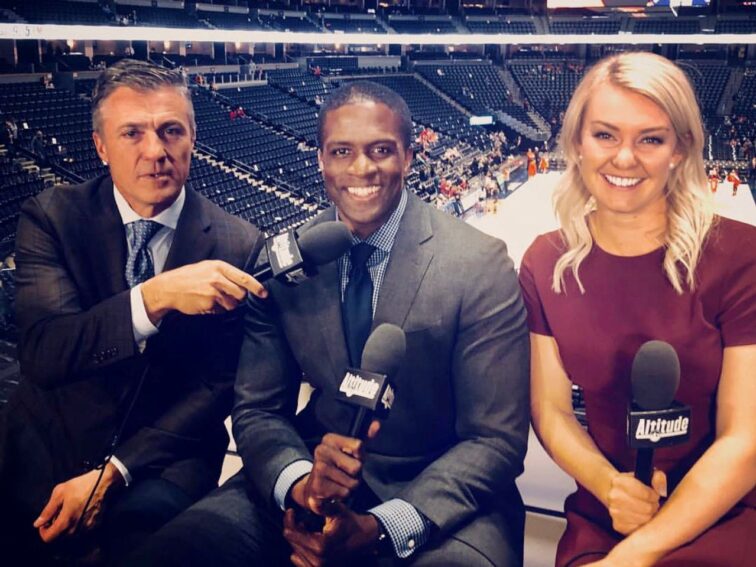 The savings isn’t enormous but it’s significant enough that I have achieved relative marital harmony and I can watch Vic, Mos, Ryker, Winge, Hastings and the gang again which makes me a happy camper. I can even log in on my desktop computer, my phone and all my devices so that I can watch anywhere. I basically carry Altitude Sports and Entertainment with me in my pocket everywhere I go.

The bad? Well, AT&T loads slowly and sometimes I need to restart the service because the audio and video aren’t synched up which is just weird. That could be a wifi thing which is a concern I would prefer to have avoided by sticking with cable. And who knows? I could be a Comcast subscriber again tomorrow for all I know. I’m going to want NFL Red Zone again next season and Comcast may sort their issues with Kroenke Sports and get Altitude back – or AT&T TV Now could go under – or Altitude could cease to exist, leaving some other regional sports network to present the teams.

If there’s one thing I know about these things it’s that you never know. The likelihood of being a loyal subscriber to one TV carrier for another 23 year span is nil. As rapidly as things are changing these days it’s best to avoid making any long-term commitments. AT&T TV Now requires no contract. I pay month-to-month so rest assured that I will not establish any kind of loyalty to the service the way I had with Comcast. I know now that loyalty is not reciprocated – not by the carriers and certainly not by Altitude Sports and Entertainment. These companies are loyal only to my money which, for the time being, is being spent on AT&T TV Now.