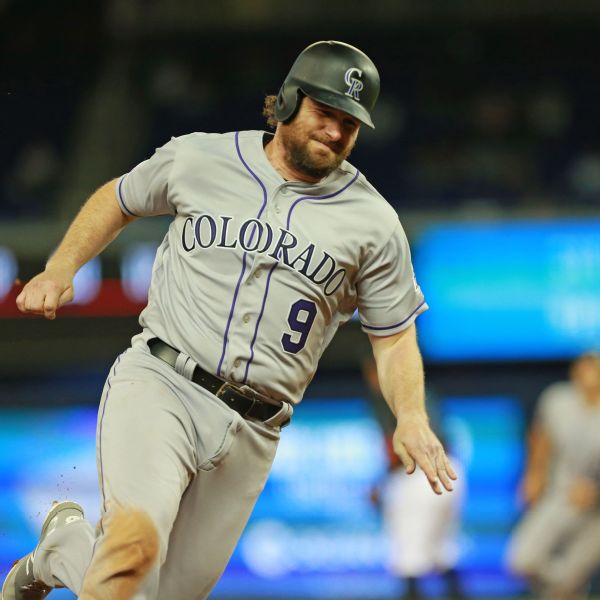 The Rockies need to go on a heater soon. Tonight. As soon as possible.

If they don’t, this is a lost season. A total waste of all of our time and a damn shame considering some of the generational talent the team possesses.

The Rockies are hanging around in a wild card spot (I know, it’s shocking) but that won’t last long if they continue to stumble like they have pretty much all season.

The pitching, which was supposed to be a strength, has been mediocre to bad and the team’s young guns better have a good plan to resurrect their floundering careers in the second half or no amount of Ian Desmond flash at the plate will save this season.

Speaking of Ian Desmond, the haters (of which there are many) better not be right. If they are correct, and Desmond reverts back to his colossal flame outs at the plate, he’ll dump more gas on the fire that is already smoldering about Jeff Bridich’s abilities as GM. You don’t have to be a brain surgeon to see that signing Desmond was like one of his massive swings: it has connected at times, but mostly it’s resulted in a big fat out.

Speaking of being out, Daniel Murphy is puzzling too. The guy is a great hitter but he hasn’t done much in a Rockies uniform. In fact, he’s still looking for his first home run at Coors. Seriously. I had to ask because I couldn’t fathom a Rockies player hadn’t hit one there yet. The Rockies seem to pick up these guys who can hit, maybe after a down year, hoping that the magic of Coors revitalizes them and then they become a NL batting champ. Murphy has dealt with some injuries, but the damage they thought he’d do at the plate hasn’t been what they intended.

Let’s hope Murphy can come out as a proud home run hitter during this current homestand.

And I can’t help but wonder if the team had passed on Murphy, kept Desmond at first (because they’re stuck with his contract like herpes) and kept LeMahieu while sprinkling McMahon in there once in a while, wouldn’t that have been a better use or OUR money that we spend down there? Just another reason to speculate about the job Bridich is doing and whether he knows anything about building a baseball team or if he just happened to be in the office one day when Dick Monfort looked over and bestowed the title of GM on him because he was the only one not on his phone. Time could tell on this one, and that clock is winding down.

While we’re discussing things running their course, I have to mention the bullpen which, depending on the week, can look decent or like a horrific mess you’d see in the Lions Lair bathroom. Wade Davis looks like he needs a vacation and I think the Rockies should grant him one in the form of a trade. Old friend @rockiesreview proposed the idea that trading Davis now might be a great idea because everyone will just think he was being hampered by Coors. Maybe that’s part of it, but it’s pretty clear he’s wearing down so if a team thinks they can capitalize on an upswing, take them to the cleaners. Oberg is up for the task, let the man loose.

But this will all depend on whether the Rockies get it together enough to solidify their position in the wild card race. If they keep slipping further, they will need to cut some of this dead weight. But if they go on the heater that I’ve prescribed for them, they may need some of these bodies to sustain them. A lot has to happen here for any success, and I’m certainly not confident that it’s going down that way. But with baseball being the weird ass sport that it is, you never know. Look to the next two to three weeks as a guide. If the Rockies ain’t rocking, don’t come a knocking about the playoffs.