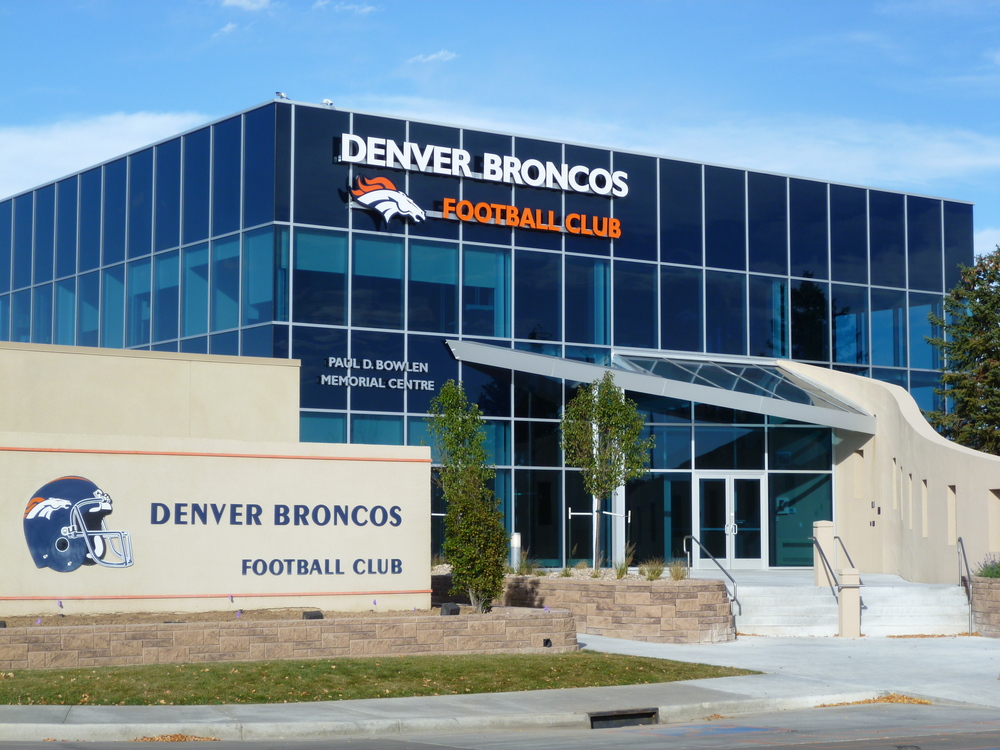 This is a story of sexual harassment and cover ups. And the constant parade of bad character lowlifes the Denver Broncos have employed. It’s the story of a once proud organization that has been circling the drain since Pat Bowlen’s departure with seemingly no one to rescue it before it goes down permanently. Names of victims have not been used in this piece so as not to cause them any more harm or retribution from the Broncos. But you better believe that something is rotten at Dove Valley and it will be a long time before the smell is gone from the beloved football team.

Who the Broncos draft means nothing until they select a sense of decency. Here’s why.

The 2019 NFL draft extravaganza begins this evening and everyone in Broncos Country is waiting with bated breath to find out what John Elway and company will do with their tenth overall pick. Will they stay at ten? Will they trade up or move down? The Broncos have big decisions to make over the next few days. But it doesn’t matter. None of it matters because long as culture surrounding the Denver Broncos remains toxic the team is going to remain difficult to watch regardless of whom they sign or draft. 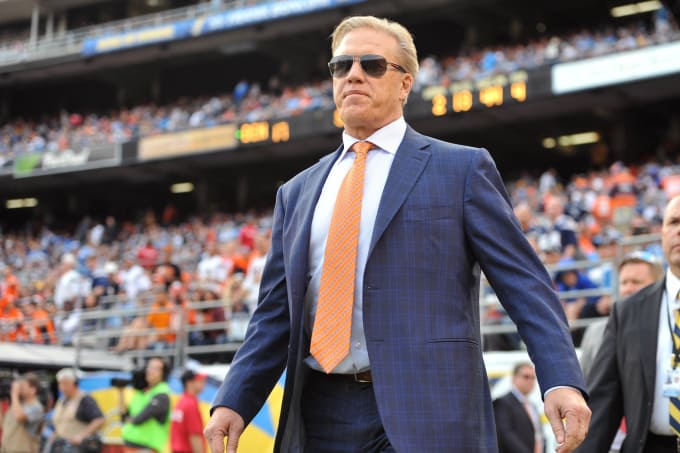 Everybody I have talked to about the Broncos lately agrees that the team is a hot mess. The uncertainty surrounding team ownership and the battles playing out in the courts over who will ultimately be in control of the team are the tips of the iceberg. Nobody is sure whether a Bowlen progeny will become the acting owner of if the trust will ultimately decide the team should be sold. In the fog of this precariousness the naming rights to the stadium remain unsold and it seems as though nobody is truly in charge.

The leadership vacuum that exists with the Denver Broncos had led to the degradation of the club’s character under the watch of John Elway. He has allowed a parade of shady dudes to make their way through Dove Valley and it’s getting increasingly worrisome.

It was no secret that Chad Kelly was sketchy but Elway still brought him in. In college Kelly was involved in all matter of malfunction from sliding into a porn star’s DMs to brawls in bars resulting in his arrest to getting kicked off the Clemson Tigers football team. Still, the Broncos used a draft pick to get him. Sure, it was the very last draft pick but it was a pick nonetheless. What made Elway think that a guy with a past like Chad Kelly had was going to suddenly transform into the right kind of guy to have around his team?

Whatever Elway was thinking we all know how it worked out in the end. Chad Kelly was arrested for coming uninvited into the home of an Englewood family and plopping down on their couch blasted out of his mind on hard drugs (rumor being it was PCP) after being kicked out of the Gothic Theater during a Broncos’ Halloween party. It was a really bad look for the Broncos but it was by no means in isolated incident.

Another questionable figure that the Broncos saw their way clear to recruit is linebacker AJ Johnson who went on trial for rape when he was a “student athlete” at the University of Tennessee. According to his accuser, Johnson lured her into a bedroom during a party to “see his fish tank” and that he not only raped her, he passed her around to his homies so that they could rape her, too. Because the woman had in the past consented to sex with Johnson a jury ultimately exonerated him – but the reasonable doubt standard applies far differently in a court of law than it does for an NFL team. Whether Johnson was found guilty or not there were plenty of red flags for other teams to steer clear of Johnson – but not the Denver Broncos. Like in the instance of Chad Kelly the team either believed they had the tools to straighten around a fellow like Johnson or they simply didn’t care that he was nefarious. I suspect it was the latter. 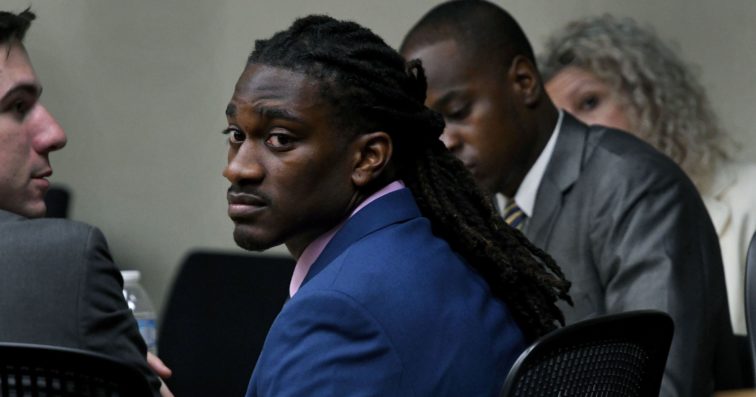 Another Denver Bronco to be accused of rape is defensive end Adam Gotsis. In his case charges were filed in Georgia and he was arrested but the district attorney ultimately dropped the case citing lack of evidence. Again, though, the lack of formal charges doesn’t mean somebody is completely innocent and with the cloud of these types of incidents that hovers over the Denver Broncos it’s easy to assume the worst. 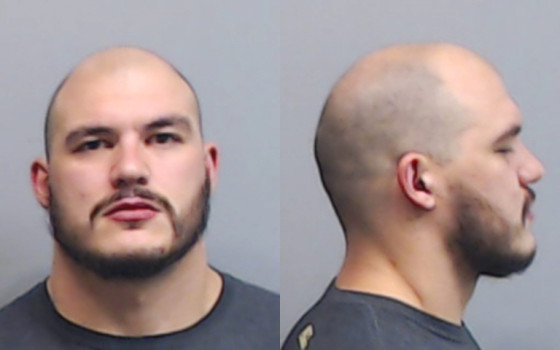 The hiring of Vance Joseph is perhaps the clearest example of the Denver Broncos choosing to dismiss obvious warning signs with regard to a person’s integrity. The accusations that were lodged against him when he was an assistant coach at CU are very well documented. Hot tubs and weed and unwelcomed erections and physical trainers who were STUDENTS! Oh, my Lord, how did that guy get a job here? That stuff happened in Boulder! Not even in another state like Tennessee!

It seems like the tendency for the Broncos front office to make poor decisions with regard to personnel has begun to erode the organization. That would seem to help explain why the team suffered its second straight losing season for the first time since 1972. It would also help explain another matter I recently became aware of.

This has been a tumultuous week. I’ve been walking around with a fifty megaton bomb in my pocket trying to decide whether or not to detonate it. I’ve been all tied up in knots about it. This post is the end result of a week of introspection.

I’ve been doing this blog thing for about a decade or so and I have earned a reputation as somebody who will say things out loud that other people whisper. Folks like tell me things that, for one reason or another, they can’t talk about; sometimes hoping I will be the one to talk about those things. This is my curse but it’s also something I enjoy.

About three weeks ago I engaged in a DM convo on Twitter with a prominent local media personality who told me that he or she avoided Dove Valley almost entirely in 2018 because of the presence of a particular coordinator under Vance Joseph. This person said they could hardly stand the sight of him

Days later another person I spoke with mentioned the coordinator in a very similar way.

We already knew that Vance Joseph had been a stain on the Broncos organization but truthfully didn’t even know who the coordinator was until I started hearing stories about him from some of my sources. At first I wasn’t hearing anything terrible specific – only that the guy was kind of a scumbag. But then, on Monday of last week, I was told something shocking about him by somebody I trust implicitly.

A female reporter from a national outlet sued or threatened to sue either the coach or the Denver Broncos (or more likely both) for sexual harassment. A settlement was reached, the reporter was paid off and the whole thing got swept under the rug.

Having knowledge of this story scared the hell out of me. It was just too damn big. The Broncos are a billion dollar organization and you can’t just go off half-cocked with stories that they don’t want getting out. Moreover the reporter who was victimized appeared to also prefer that it not get out; thus my consternation over the whole thing.

I have a personal friend who works at the Denver Post so I contacted him and told him what I knew. He came right out and told me that he doubted that the Post would report the story. I also spoke with a television sports anchor who said the same. So I shared what I had with a subscription-based online news outlet who did enough digging that things got pretty uncomfortable at Dove Valley this past Monday. 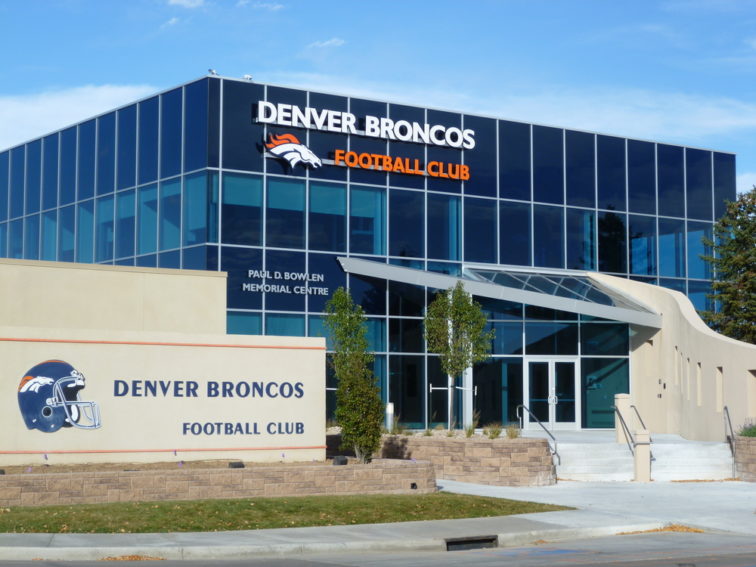 On Tuesday morning I got an email from an editor with that outlet telling me that they had decided to back off the story out of deference to the victim. That’s great. I get that. I certainly have no ill will toward her and I understand why it would be uncomfortable for her if light was shined on the situation. I would never want to be responsible for victimizing her a second time.

But here’s the thing: I think it’s important because we need to think about the next potential victim and we need to understand the culture that surrounds the Denver Broncos and what John Elway’s role is in that culture. We need to know if John Elway is still the man for the job and if he has the moral character to represent the Broncos and bring in the type of people that Broncos Country can be proud to cheer for.

This situation with the coach is just one more example of how the foundation of the team has begun to crumble away under Elway’s watch. It’s a mess and it seems like nobody at Dove Valley has the power even to threaten Elway. It’s a rudderless ship. And that’s why it doesn’t matter who the Broncos pick in tonight in the first round of the NFL draft. The Broncos can bring in all the talent in the world but if the team remains on shaky ground and continues to be directed by shaky people things are not going to improve anytime soon.