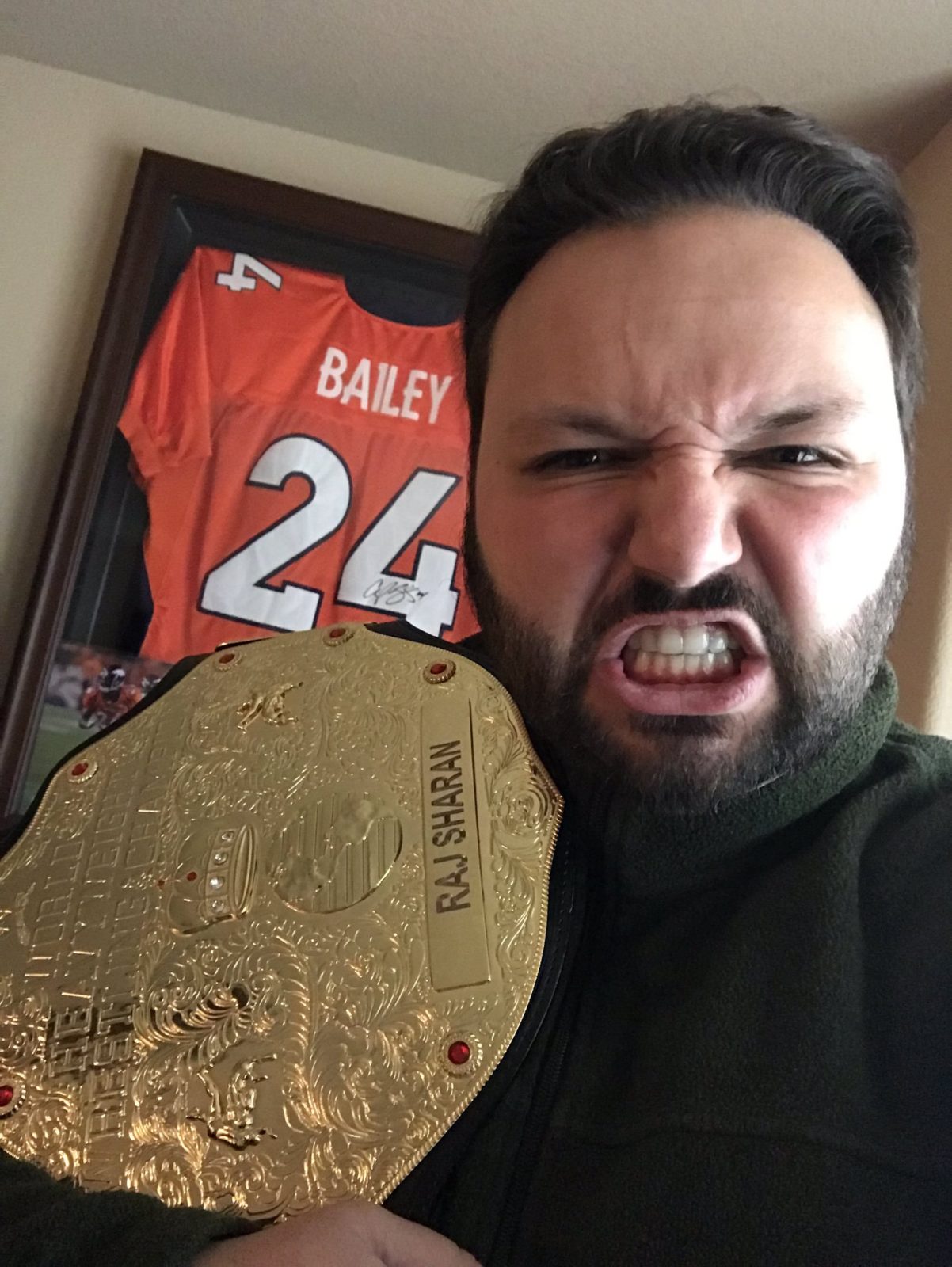 There’s no off-season for talking Broncos – at least not according to the big-voice-guy promos that run throughout the day (every day) on Denver’s highest-rated sports talk station, 104.3 the Fan. But who talks Broncos and for how long and alongside whom is no longer the purview of Armen Williams, the long-time program director at the station. Williams was head-hunted and hired away by an outlet in Texas.

In the wake of Williams’ departure station management conducted an exhaustive search for his replacement. They ultimately found their man right under their noses. Raj Sharan, a three-year veteran producer at the Fan (who has been working in the Denver market since 2010) was named the new director of programming on Thursday, February 7.

His challenge will be to maintain and to grow the popularity of the station and to cement its leading role within the key sports radio demographic – males ages 18 to 35 – and to draw listeners from other demos as well in the interest of expanding the listener base to attract a wider variety of advertisers.

Raj is a buddy of mine and I can say with great sincerity that he is absolutely the right person for job. He is constantly soliciting feedback to make the shows he produces the best that they can possibly be (within the parameters of the Fan’s corporate culture, that is). Raj is always open to new ideas. So, with that in mind I will, as a sports radio junkie, offer my pal some advice:

Establish some kind of female presence. There’s an ages-old perception in the world of sports radio that dudes don’t want to listen to chicks talk about sports. Yeah, well, fuck that. I would integrate a woman into the programming as soon as possible – use her as a co-host, a fill-in, an update voice, a “guest” on shows – whatever. Robin Carlin comes to mind (she moved to Houston to work with Sean Salisbury). Lindsay Jones might be available – or Nicki Jhabvala – or Jenny Cavnar or somebody nobody has ever heard of yet. There simply aren’t enough women talking sports in this market and there’s nobody in a better spot to do something about it than Raj is now.

Pepper Sandy Clough around the broadcast schedule. Clough is a major asset to 104.3 the Fan. He’s one of the most recognizable voices in the market and he’s also brilliant. He’s currently jammed in at night – after the Drive “reloaded” – which is the afternoon drive show with Big Al and Dmac aired a SECOND time. I’m not complaining because I get off work at six and I enjoy having the opportunity to listen to the show. Still it’s crazy to me that they play that show TWICE and then hand off to Sandy at 9pm. I would have Clough pick up a phone and call in as an expert guest onto every show on the schedule – morning through night. Shows bring Mike Klis and Adam Schefter on all the time. Why not Sandy? Make him a more ubiquitous voice across the spectrum and break up the monotony of the constant Broncos talk by picking his brain about Nuggets, Avalanche and Rockies. 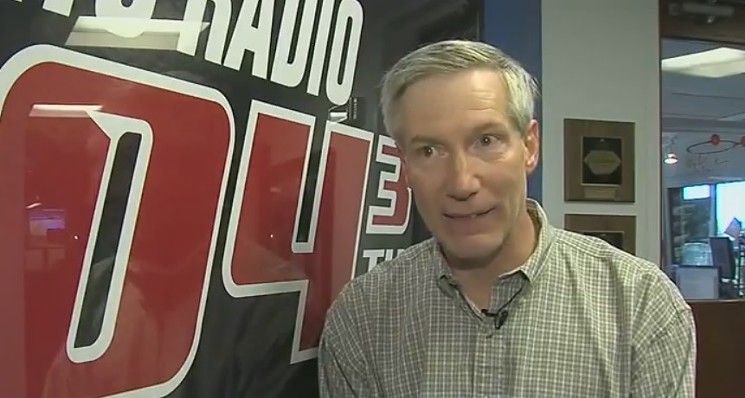 Let Cecil Lammey talk about the ENTIRE NFL. I love Cecil Lammey. I especially love his podcast, the Audible, from FootballGuys.com that he does with Sigmund Bloom from Austin, Texas. It’s phenomenal because, even though the show is slanted toward fantasy football, it provides scads of insight on the most popular of pro sports leagues. There is enough interest in the NFL (and enough transplants in Denver) that I think setting Cecil loose to talk about all 32 franchises would make for much better radio than the constant drone of Broncos minutiae that the Fan airs now. And let’s face it – the Broncos just aren’t that interesting right now. Aside from the disarray of the ownership situation there’s not really much to talk about. They’re bad, they’ve been bad and they’re going to be bad for the foreseeable future. Football moves the needle. I get it. But the Broncos don’t. At least not right now. 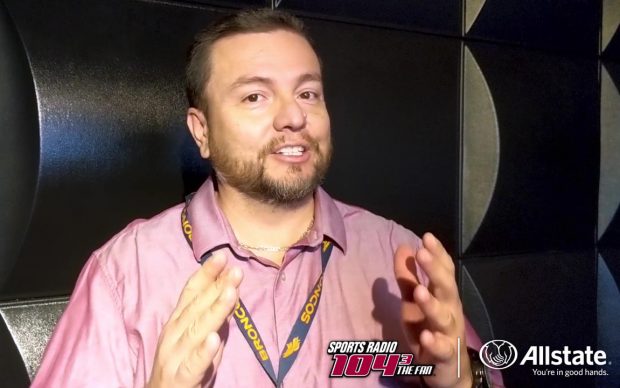 Talk baseball. Fan hosts (besides Dmac) talk about baseball roughly twice a year – on opening day and when and if the Rockies are involved in the post-season. Otherwise it’s football, football and more God damn football. It sucks. Altitude has the Nuggets and Avalanche on lock – it’s a Kroenke owned station, after all – but the Rockies are just dangling there waiting to be plucked off the vine. 162 games! Mark Schlereth knows baseball; Mike Evans knows baseball; Dmac knows baseball. Let those guys talk about it! Get players on as guests – have Bud Black on once or twice a week during the summer – ACT like we live in a great four sport town! The guys at Altitude are lambasting the Fan constantly for being a football station. Prove them wrong.

Steal Nate Kreckman. I don’t know how long Nate Kreckman’s contract is over at Altitude Sports Radio but I know it’s not forever. As soon as he’s available I would go get him and pair him with a female co-host to lead into the Drive at 3pm. He’s a national-syndication type of talent and he’s currently scheduled opposite Big Al and Dmac. I hate that. I want to listen to BOTH shows. So, for purely selfish reasons, I would like to hear Kreckman at the Fan. 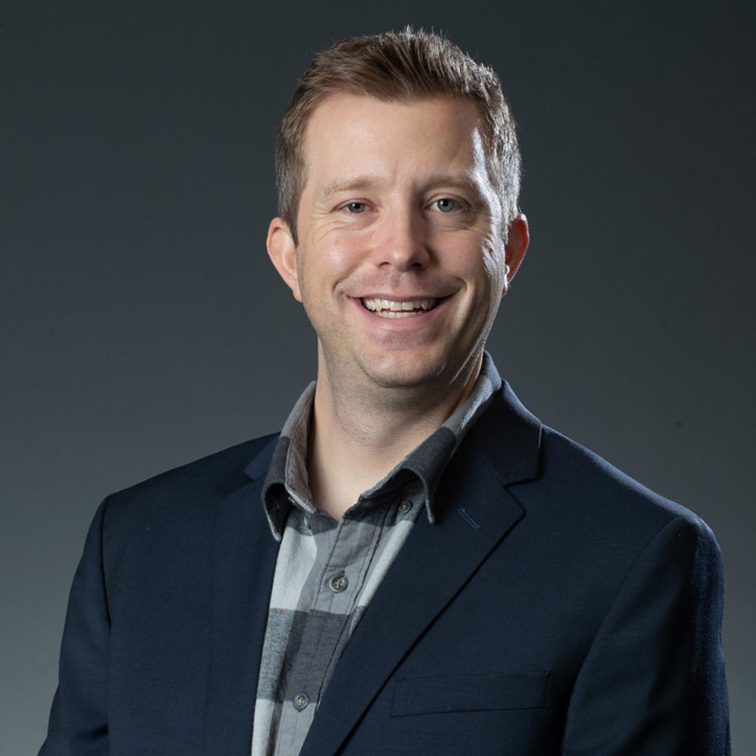 I am really happy for Raj Sharan and truly excited to see what fresh new ideas he can bring to a radio station that has frankly begun to become stale. I see the gripes on Twitter all the time – especially about how single-minded the Fan is when it comes to talking about the crappy Denver Broncos. Yes, they are the most important of the four major professional sports teams in town. They always will be. But at this point in history they seem to be the furthest from relevance. I hope Raj can convince station management that the time has come for the Fan to become part of the larger sports scene in Denver.

Sports talk radio is an ever-changing landscape. By promoting Raj Sharan to program director 104.3 the Fan has made a big change for the better and it should be commended for that. Now … let him do his job.