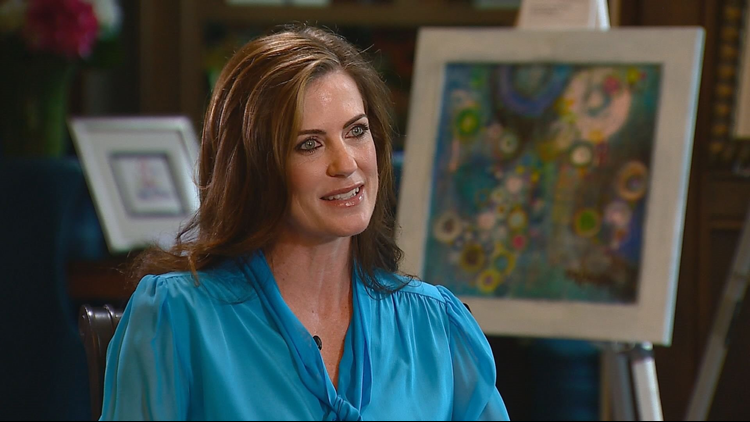 Now that Pat Bowlen has passed into the blue and orange sky above things are likely to heat up in the battle between Bowlen daughters as they vie for the faith of the Pat Bowlen Trust to take over as the acting owner of the Denver Broncos. The candidates would seem to be Brittany Bowlen (age 28), one of Pat’s five children by his wife of 35 years, Annabelle, and Beth Bowlen-Wallace (age 48), one of two daughters from Pat’s previous marriage to a woman named Sally Parker. 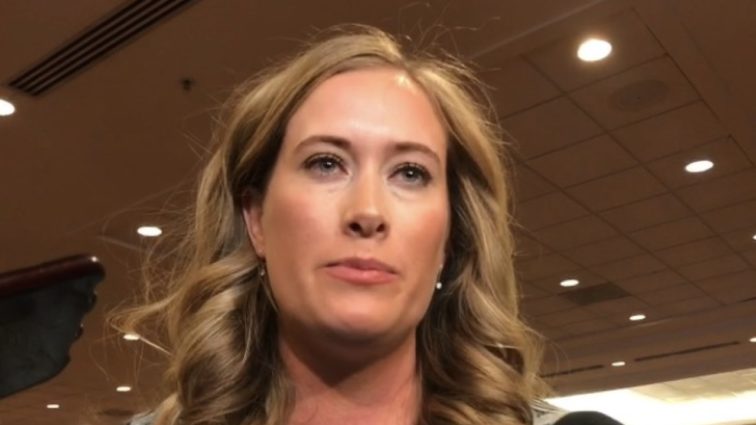 The trust has expressed reluctance in the past to allow the elder Bowlen daughter to assume the lead in the rivalry between herself and Brittany. This has been well documented in the Athletic. No reason for me to break down those details all over again. Google is your friend.

Now, on Twitter, a former relative of Beth Bowlen Wallace wants whoever will listen to know that Beth Bowlen-Wallace sucks.

Kathleen Wallace joined the site back in April and has since Tweeted about virtually nothing other than that. She claims to be Bowlen-Wallace’s former sister and law and she calls the progeny “a complete and utter narcissist” and “the epitome of a wealthy “born again” who will step on anyone who gets in her way”.

She also correctly points out that Beth’s husband, John, was named in an insider trading scandal in 2017.

Kathleen has (as of this post) a total of three followers on Twitter. She’s following six people, mostly media members, and has Tweeted or replied 37 times since April – almost entirely about her distaste for Beth Bowlen-Wallace and her support for the younger Brittany . 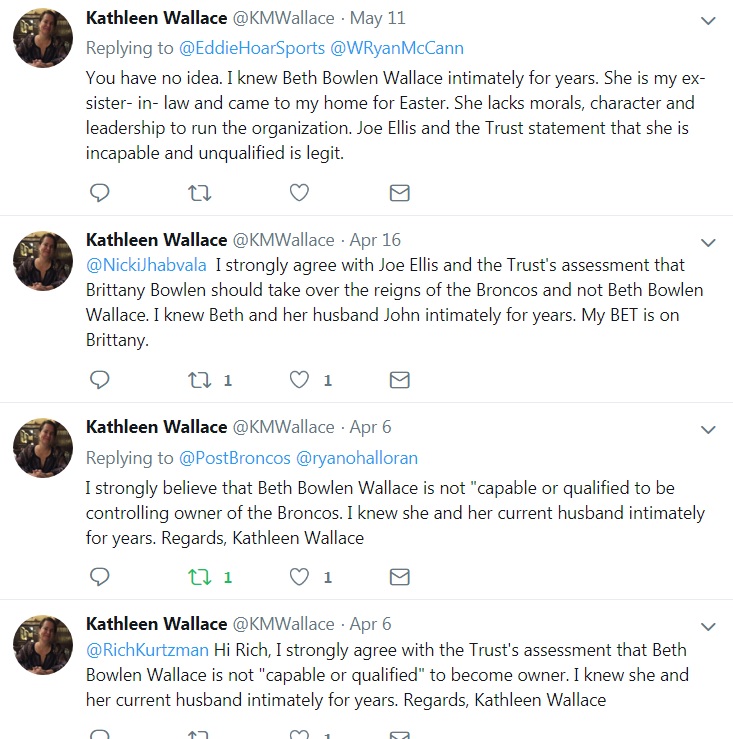 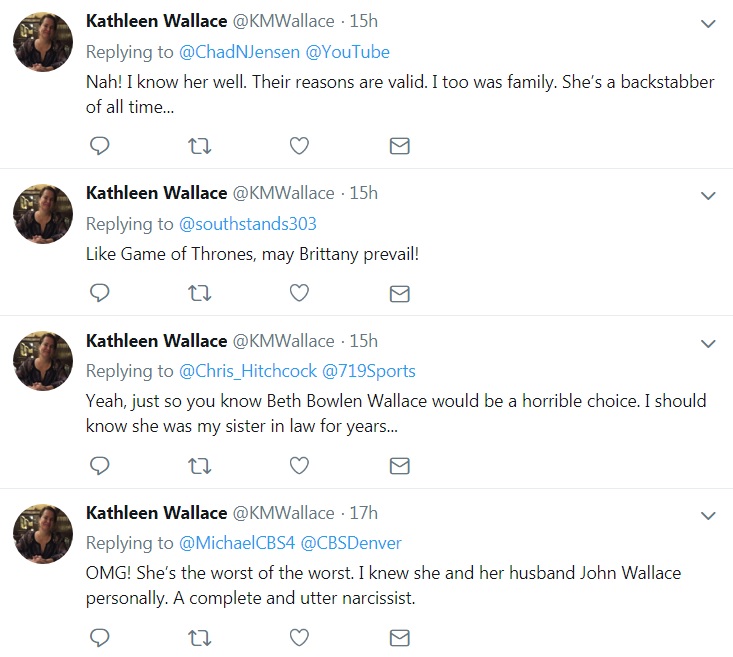 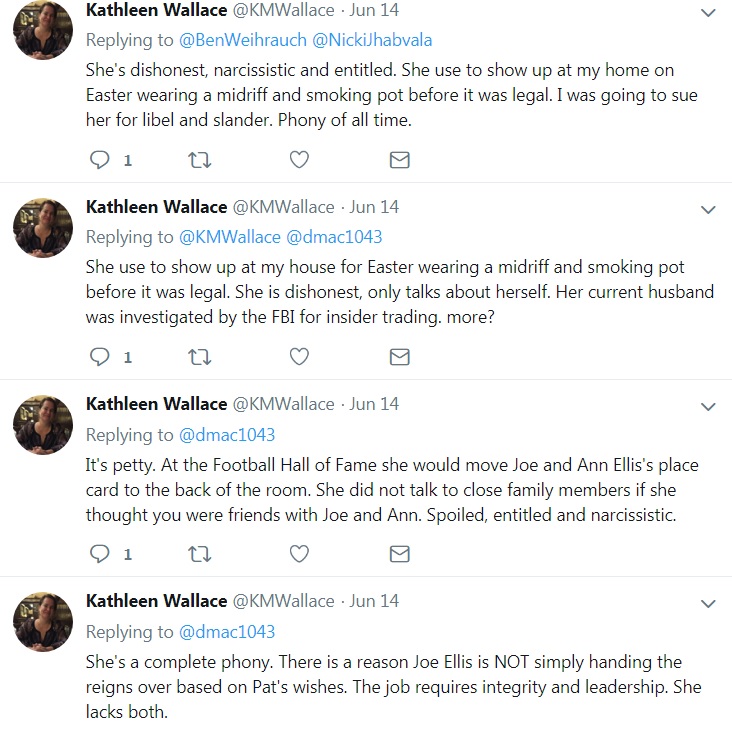 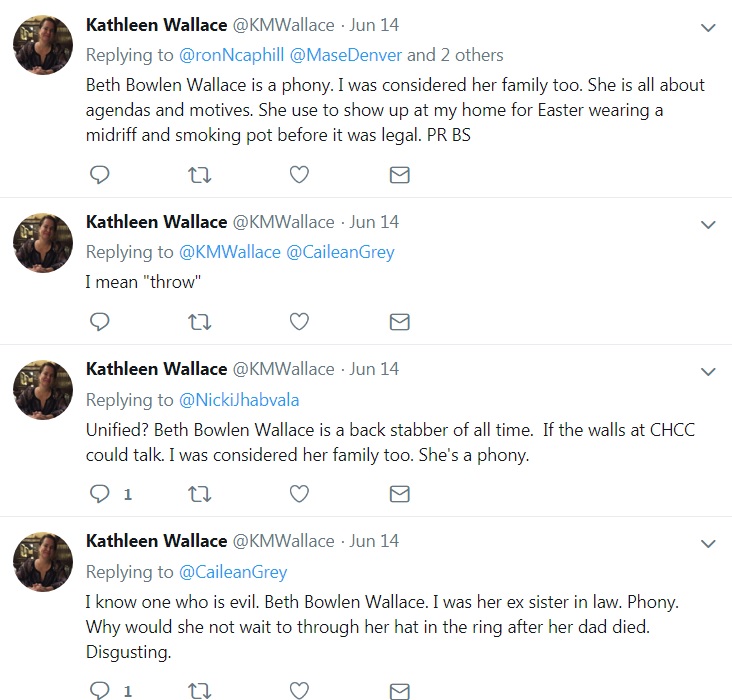 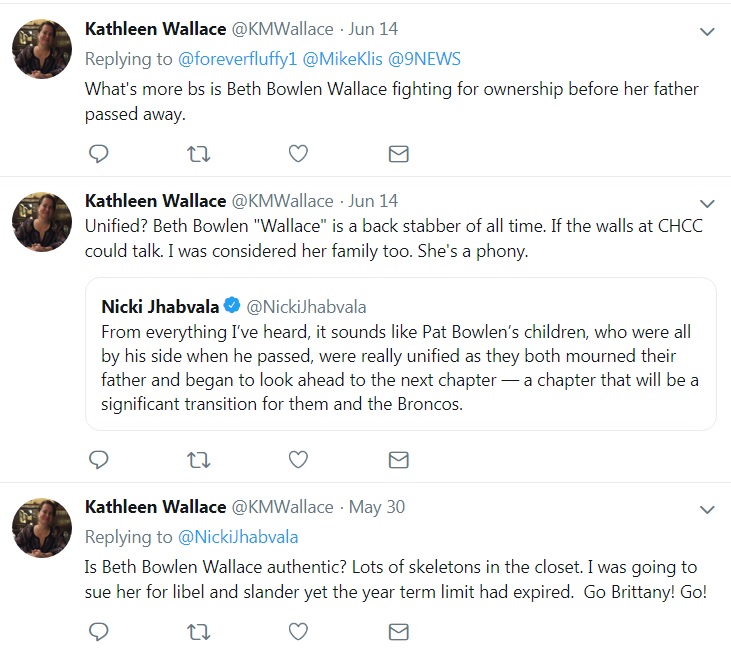 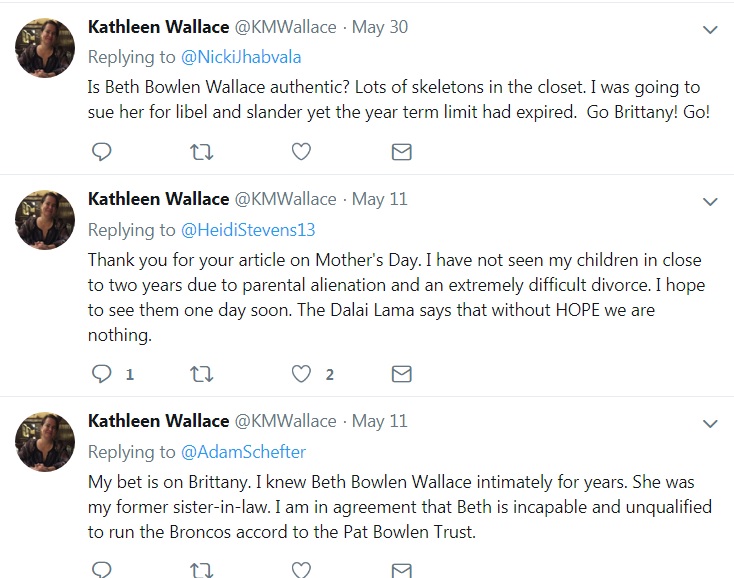 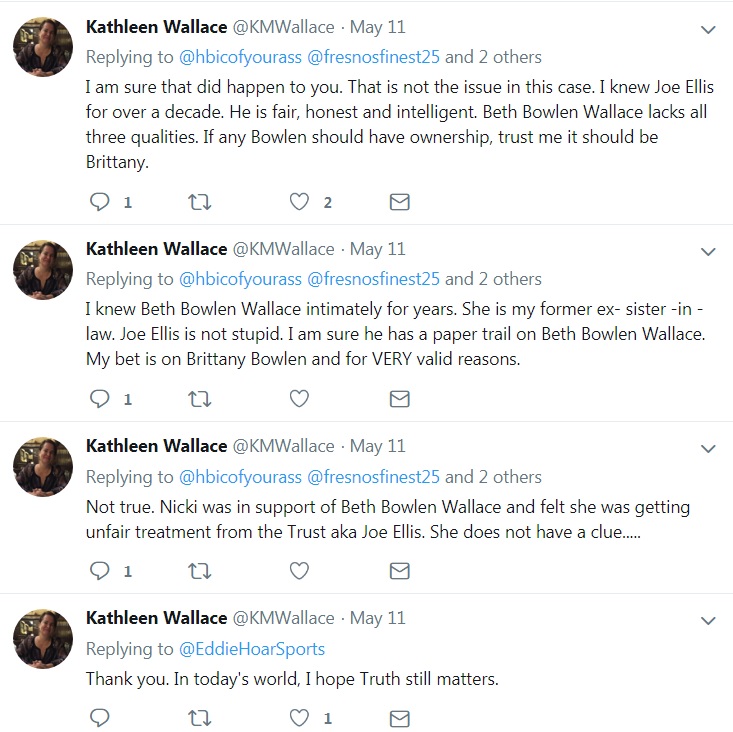