If in two weeks, the “curve” has been flattened, the NBA and the NHL should resume having games.

But to empty arenas.

Doing this will bring about a sense of somewhat normalcy that we will absolutely need and require. But first, we’ll need to get back to “normal” in our world first.

“Flattening the curve” is the term used for slowing the spread of the COVID-19 outbreak illustrated by the graph showing a peak of confirmed cases jumping up radically in a small amount of time. Flattening that curve in the graph means that cases will slowly be spread out over time and not have the huge spike which could mean health professionals are overwhelmed by the massive drain on health care resources.

Flattening the curve, as you probably know can be achieved through social distancing or downright quarantining yourself so you don’t get infected or don’t infect someone else.

Sitting in a crowded arena – either for an Avs game or a Post Malone concert – is a sure fire way to keep spreading the virus. Think about what goes on during one of those events: Lots of yelling and breathing in close contact with your fellow man. If you’re already sick and don’t know it, your mere presence can spread it to many people around you. Now imagine if 300 people sprinkled throughout the venue have it. A lot of people are walking away and into the night with it as well. 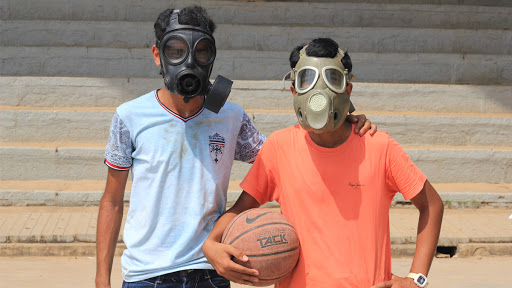 Italians, by nature a very handsy and in your face culture, defied the virus and kept going on with their lives. An attitude of “I can’t live in fear” works great for terrorists, but not for a virus that doesn’t need lax airport security to get its job done. It only needs people to do the wrong thing and congregate when they shouldn’t. Italy is currently in lockdown, we are not. Yet.

I don’t think going to the grocery store (a necessity) is that much of a problem. But concerts, hanging out in bars and especially going to a packed Pepsi Center will speed this along until everyone’s Mee-Maw and Pee-Paw are dead and in the ground.

But we need sports.

I can’t tell you how many times I’ve refreshed my fantasy hockey league page only to remember that there will be no change. It’s bizarre to think there are absolutely no sports to watch and it’s personally driving me crazy. To a lot of us, sports are an integral part of our lives and at the very least they are a distraction from the many horrors of today’s world.

The NHL and NBA seasons have been postponed with no resumption date set. MLB has been put on hiatus and Opening Day pushed back. Even the NFL draft will probably have to wait at this point. These are dire times, especially for sports fans who should be staying in and flattening the curve.

That’s why I think the various sports leagues that have either suspended their seasons or postponed them, should plan on playing to empty arenas and stadiums as soon as there is light at the end of the tunnel.

Obviously you want the players to be healthy. The revelation that Rudy Gobert of the Utah Jazz was diagnosed with COVID-19 was quite a shock because of how easily he could have spread it to many other players. And if these leagues want to get back on track, they’ll need to prove everyone is healthy.

But once they do, let’s get the games going again. It will suck to not be able to be there with your fellow fans, but you can cheer them on from home and that will be at least somewhat of a consolation prize. We’ll cross the not being able to watch Altitude bridge when we come to it.

This is going to get worse I’m sure. And sitting around obsessively reading about how it’s getting worse will not benefit anyone. But the healing power of sports can at least help with the anxiety and the stir craziness we’re already experiencing. Play the games soon to an empty arena. It will go a long way to helping all of us get through this.