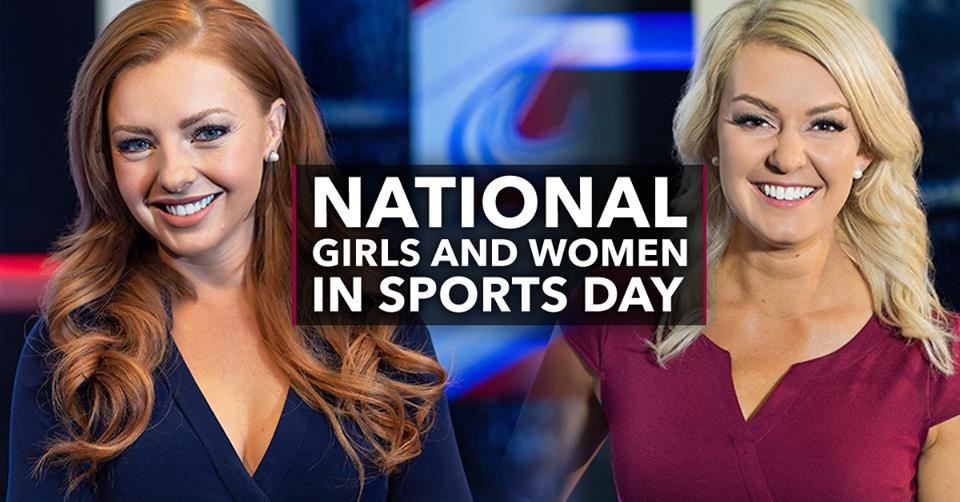 When it comes to regional sports networks and the women who work for them Denver’s got it good. AT&T Sports Net (AKA Zombie Root Sports) has the charming and effervescent Jenny Cavnar who’s “Fire Up The Fountains” call was a highlight of the 2018 Rockies season and who brightens every broadcast with charisma and a deep knowledge of the game of baseball. 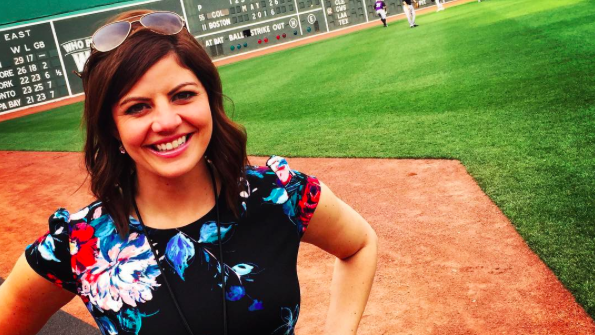 Altitude Sports and Entertainment now has two incredible female broadcasters in Lauren “LGRed” Gardner who works the Avalanche broadcasts and Katy “K Dub” Winge who works the Nuggets side as an associate producer, pre-game host and reporter.

Fortunately for her (but sadly for Avalanche fans) Lauren Gardner is soon departing Altitude for greener pastures. She’s not prepared yet to publicize what gig she has gotten but I will divulge this much … it is not another regional gig. It’s national; which should come as no surprise to anybody who has seen her work. She’s fantastic. Gardner is an excellent broadcaster. She also happens to be an incredibly beautiful person inside and out. Everyone who I have ever spoken to who knows or has worked with her considers her to be a consummate professional. Lauren was even willing to slum it with John Reidy, Scott Stafford and myself in our old podcast studio, the concrete bunker, for a recording of the South Stands Denver Fancast several years ago. 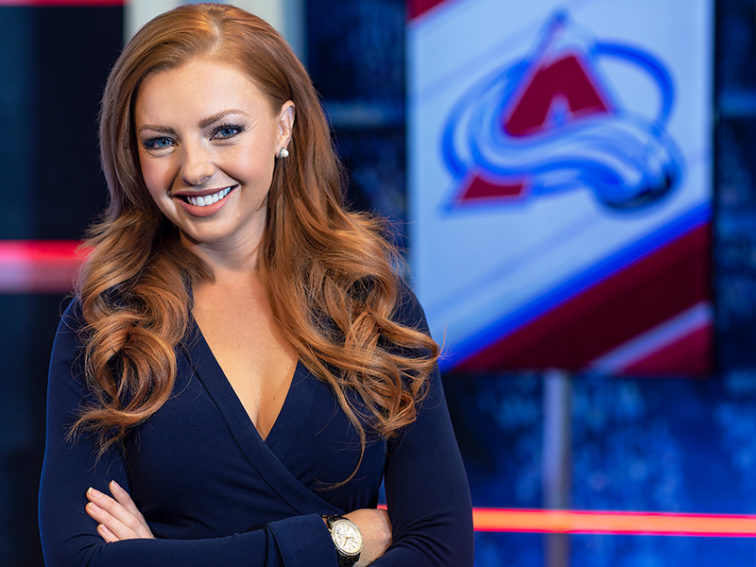 At that time Gardner was sideline reporting for the Lingerie Football League. No kidding.  But soon she got snapped up by CBS sports to provide national coverage of College Football. Her new gig won’t be her first experience broadcasting to all of America. She’ll be great wherever she goes. It’ll be interesting to see who Altitude brings in to take her place. My money is on the very talented Alexis Perry who is already an associate producer and reporter and is insanely crazy hot. 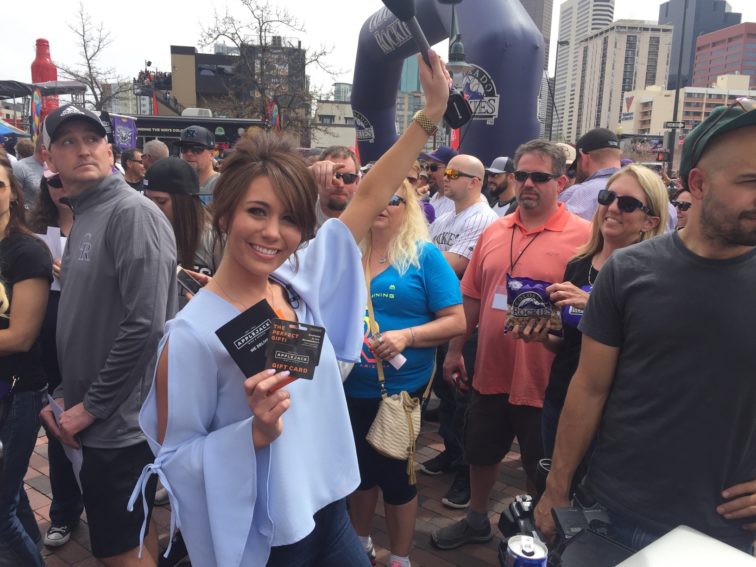 Katy Winge is in her first season covering the Nuggets for Altitude and, with all due respect to Ally Sturm, who she replaced, Winge is a massive upgrade. She knows the game. Winge played division one ball two seasons at Illinois State University after a stellar high school career in her hometown of Minnetonka. She’s also almost six feet tall which gives her an advantage over the diminutive Sturm when it comes to holding a microphone up to seven-foot NBA dudes. 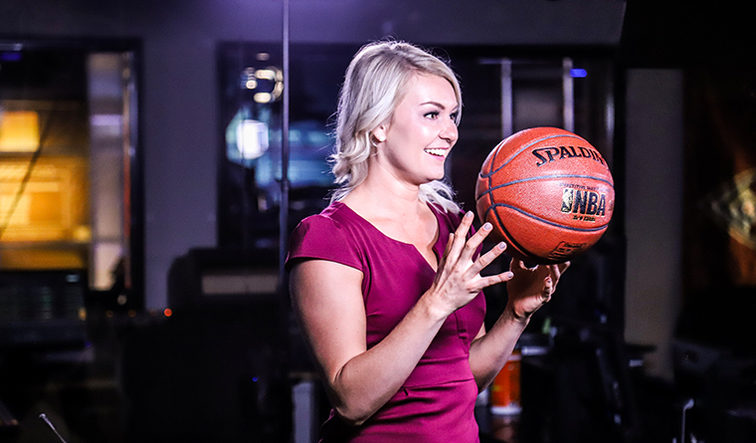 Ally Sturm came to Altitude on a two-year contract and I would guess that Winge’s deal is for the same term which would mean that Nuggets fans can count on her analysis for the remainder of the current season and again for next season. But will she be a goner after that? As much of a bummer as it is for me to say this … I think she will be.

Like Lauren Gardner, Katy Winge is a national-level talent. I could easily see her sprouting wings and flying away to an outlet like TNT or ESPN. She has the potential to join Doris Burke in the ranks of women covering the NBA for a major network. Also, Altitude is notoriously thrifty.

There’s little chance Altitude will pony up to pay Katy Winge what she’s worth when her first contract is up. And that’s a terrible shame because, as we saw with Sturm, you can’t just bring in some young broadcaster to provide the kind of coverage we’re currently getting from Winge. Hers is not an everyday skill set. She’s as rare a find as a certain seven-foot Serbian center she reports on. 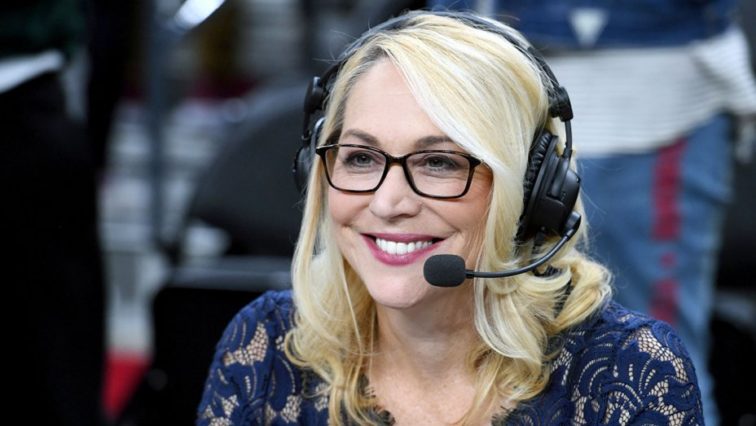 It’s early to speculate whether or not Katy Winge will stick around long enough to become a fixture in the Denver sports scene but I am not counting on it. So I will enjoy her while she’s here and be super bummed out when she leaves – just like I am that Lauren Gardner is a goner.