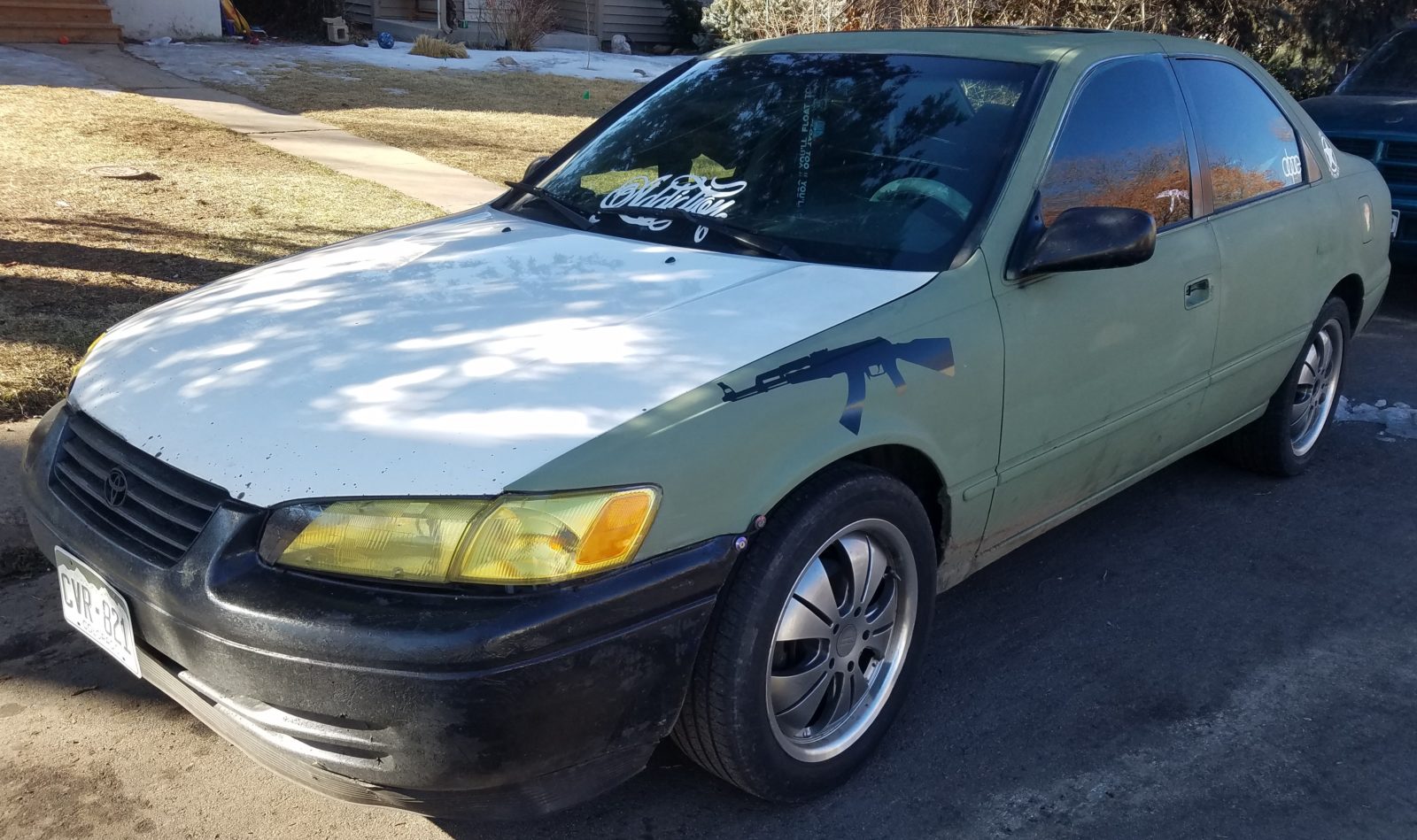 It’s been awhile since we published what was previously a very regular feature here at South Stands Denver – the Shitty Cars Of Englewood. I have had my eye on this gem for quite a long time, though, and this morning I saw my opportunity to snap a few quick pictures without being noticed (and shanked). 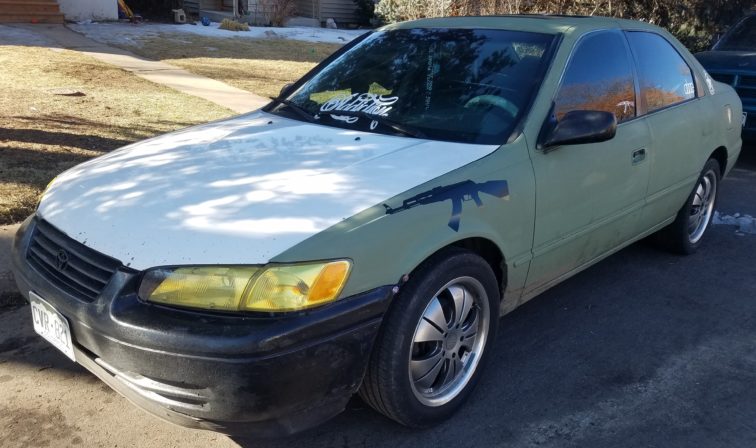 The family responsible for the upgrades to this jalopy can frequently be seen terrorizing the streets of Englewood on a big ass Polaris ATV. Also, you’ll sometimes spot them with a 20 gallon compressor on the front lawn powering a hand-held automotive paint sprayer which they use to improve a variety of autos as overspray billows into the crisp Colorado air. It’s great to share a neighborhood with expert automotive customizers like these geniuses. 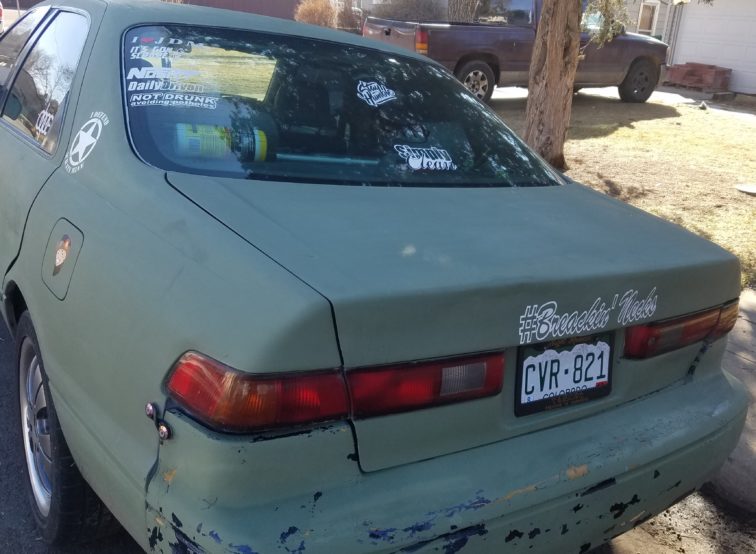 One of the shitty cars they have masterfully refinished is a 1999 Dodge Durango which now sports a thick coat of jade green paint. I’ll feature that lovely machine someday if the opportunity comes. For the sake of this feature, however, we’ll focus on this neck-breaker of a Camry.

Finished in shade of matte army green over white and boasting an impressive collection of decals, this Camry surely commands attention wherever it goes. It’s understandable if spotters of this vehicle feel intimidated. It’s evident from the stickers that the driver is one bad hombre. He probably drives around with a semi-automatic rifle in his lap and a stack of demo CDs on the passenger seat. 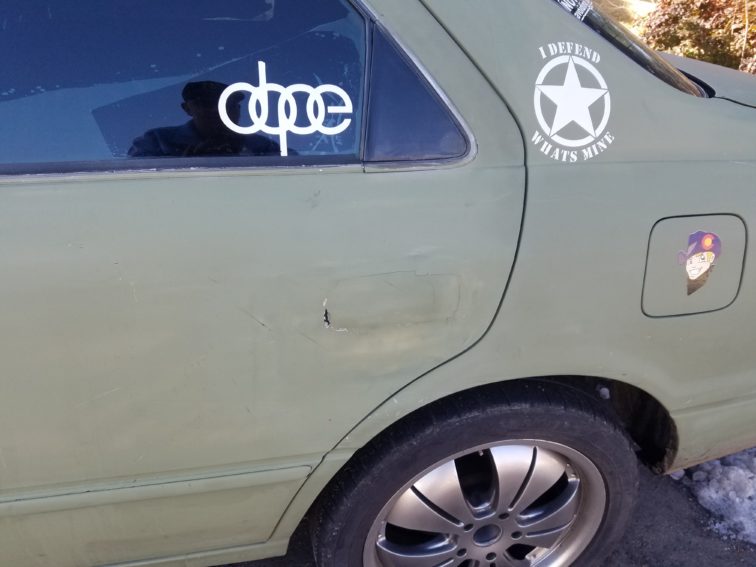 As the decal at the base of the rear window states, this Camry is “simply clean” and that’s partly due to the ever-so-subtle shaved rear door handles, the most custom of custom touches on this dope-ass whip. Unfortunately, the customizer appears to have run just a tad short on Bondo as he completed the fill on the left rear door but it’s only noticeable if you look real close. No reason to get nitpicky. Clean is clean.

The sticker on the back of the decklid sums this machine up best. It reads “breakin’ necks” because when you see this baby fly by you’re going to do a dangerous double-take. There may be no finer matte green customized 1999 Toyota Camry with shaved rear door handles in tha’ eight-oh-one-one-thrizzle. 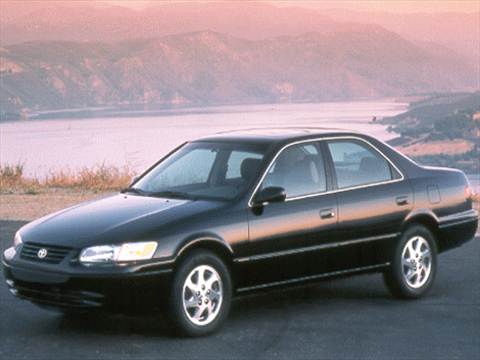