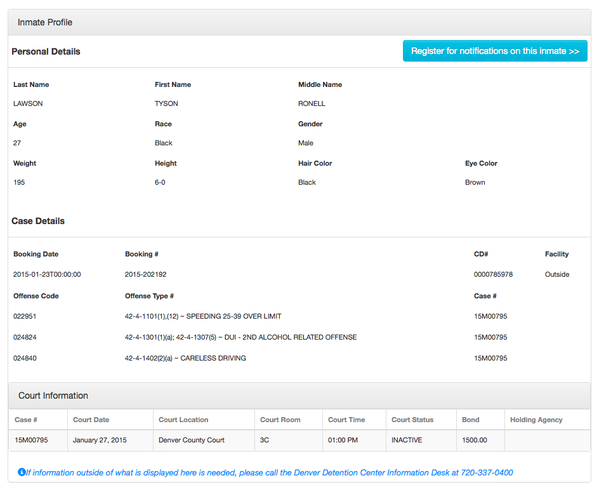 Well, folks, if you’re planning to go to the Nuggets game tonight you can probably expect not to see Ty Lawson as the dimunitive point guard was popped riding dirty in LODO after 1AM Friday morning. Lawson was visibly impared according to Denver PD and slurring his speech.

The arrest is Lawson’s second for DUI in Denver.  Not good. He was driving 28 MPH over the speed limit, too, which means that he’s not just a drunk driver. He’s a bad drunk driver.

Stay tuned. We’ll be keeping our eyes peeled to see how the Nuggets respond. Will he be suspended? Fined? Traded? Forced to ride with Javale on his Segway?