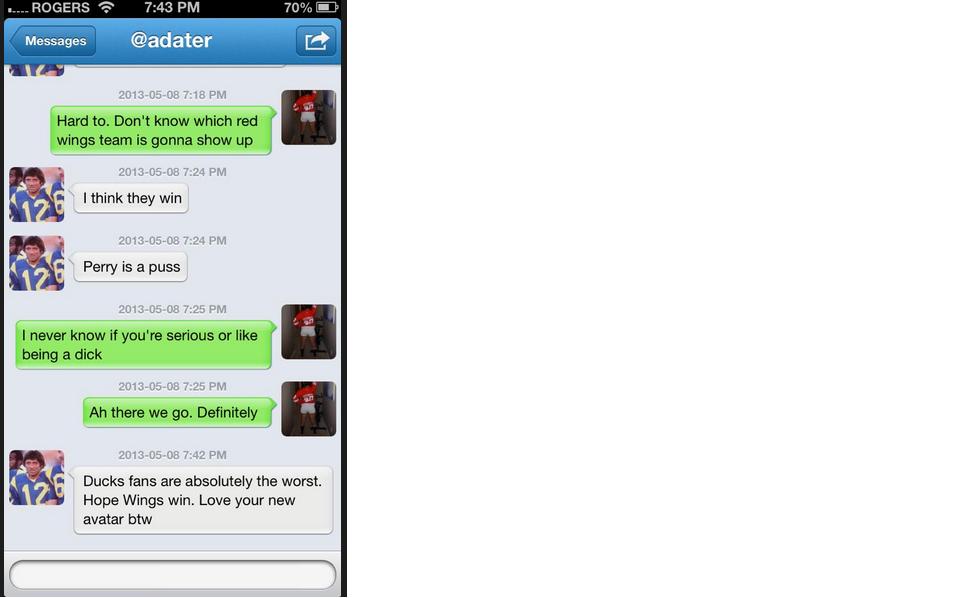 “Deadspin has once again become interested in Dater’s exploits on Twitter. This time the site was contacted by a female hockey fan who provided screen grabs of some rather creepy DMs the hockey writer allegedly sent her.”

clck the read more link below

Denver Post Avalanche writer Adrian Dater began the hockey season suspended from his beat. He had gotten himself in a little bit of trouble on Twitter. The whole mess began when Dater was critical of Kings defenseman Brayden McNabb whom Dater called a “pussy” on the social network. This resulted in his getting into it with various people including a scribe for the Sporting News whom Dater ultimately instructed to “fuck off”. Dater’s social media misdoings were, much to his chagrin, detailed at Deadspin.com.

Well, Deadspin has once again become interested in Dater’s exploits on Twitter. This time the site was contacted by a female hockey fan who provided screen grabs of some rather creepy DMs the hockey writer allegedly sent her. Deadspin posted the images in the comments section below an article about a hockey writer named Steve Lepore who was relieved of his duties at Awful Announcing for DMing grody stuff to female hockey fans. Lepore reportedly went to far as to contact women via other media such as Skype. He allegedly “pulled a Favre” a time or two and got himself in enough hot water to lose his gig. The question now is whether Dater will lose his.

The newspaper industry seems to leap at every chance it has to scrub off payroll. And, with plenty of reporters in their employ, the Denver Post could make do without Adrian Dater. Heck, the paper lived without him for the first two weeks of hockey season already. Dater is very good at what he does. As unlikeable as he sometimes is there’s little question that he’s an ace beat guy. It can also be speculated that the woman who sent Deadspin the screen grabs could have somehow fabricated them. Deadspin certainly did nothing to validate them. It’s more likely, though, that the images are very real and that they paint Dater in a super creepy light at a time when he can ill afford more negative attention.

Dater should know better than this. 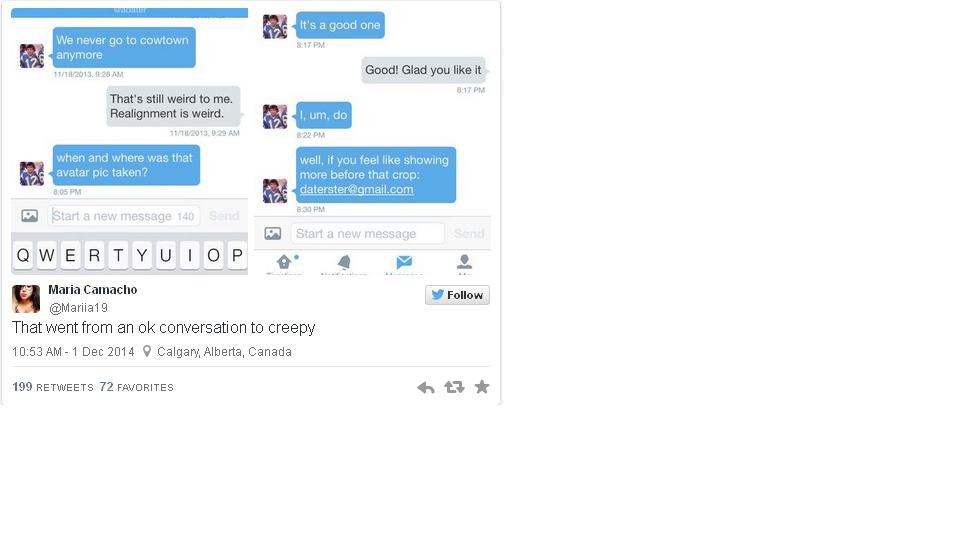 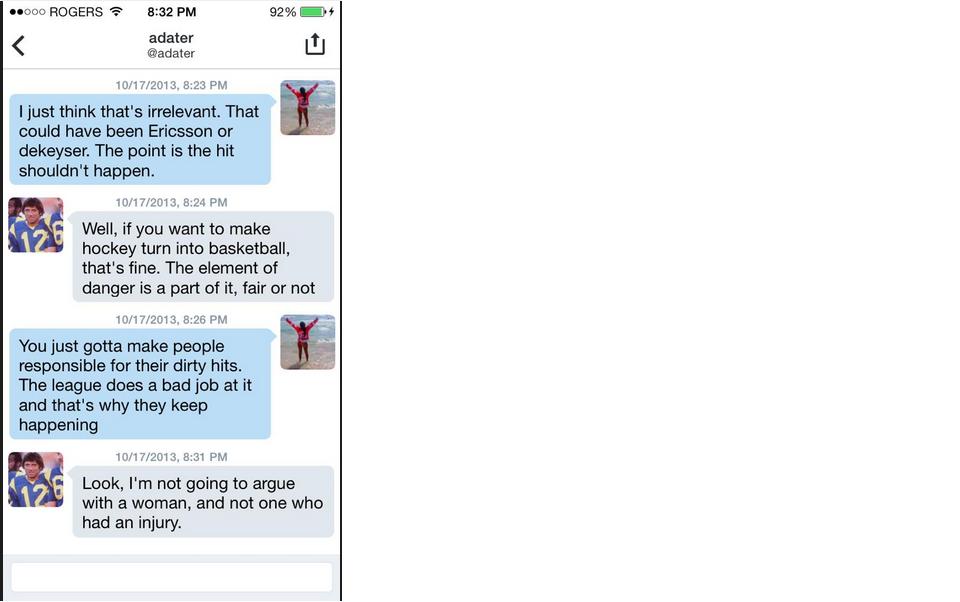